The 7 Best Road Races in Missouri! 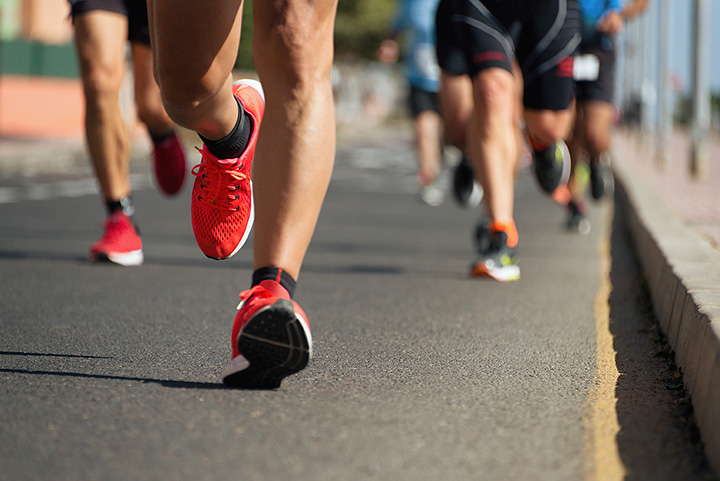 Missouri offers dozens of road races for competitive runners and casual runers alike, all across the state. From memorial races, to celebratory races, to races that donate proceeds to a charitable cause, to races that are simply about the physical challenge, Missouri has it all. Prizes and post-race festivities add to the experience. It’s not just about running, it’s about bringing the community together. Here are the 7 best road races in the state.

Billing itself as the “fourth oldest marathon in America,” Heart of America provides a scenic run along the Missouri River. Finisher prizes are offered, and the beautiful weather in late summer makes this a must for any Missouri runner. Beware, however: This race takes in several hills (a few as high as 800 feet) and should not be attempted by anyone not prepared for hill-running.

This course begins and ends in Frontier Park, taking in historic St. Charles neighborhoods and the beautiful Katy Trail. Mostly flat with a few gentle hills toward the end, the name comes from the cow bells people ring to cheer on the runners. The entire course is 12K, though a 5K race is also available.

Sponsored by the St. Joseph Junior League, participants are invited to “run, walk, or gallop” the route through downtown St. Joseph (the starting point of the Pony Express). A half marathon and 5K are both in the offing for this event, and finisher prizes are awarded.

On May 22, 2011, an F-5 tornado tore through Joplin, Missouri, destroying hundreds of homes and businesses, and taking the lives of 161 people. For the first and last mile of the Joplin Memorial Marathon course, the organizers display 161 banners, each with a victim’s name. The event includes a marathon, half marathon, five-person relay, 5K, and children’s race.

A 5K through downtown Jefferson City—Missouri’s capital—the Luck of the Irish welcomes walkers, runners, and families. Awards are presented to the top male and female finishers for both running and walking, as well as medals in age-specific categories. T-shirts are provided to all pre-registered participants.

For almost 40 years, the City of Roses Half Marathon and 5K has been running through the streets of beautiful downtown Cape Girardeau. All proceeds go to local youth health initiatives, as well as the K9 Unit of the local police force. Finisher prizes are awarded to round out a fun weekend.

Heart Of The Ozarks Half Marathon

Run With The Wind

Luck Of The Irish Walk And Run

11:00 AM
Saint Joseph, MO
Learn More
Show More
Select a Missouri town to find
the Best Things-To-Do and Places To Go around you