The 13 Best Restaurants in Missouri! 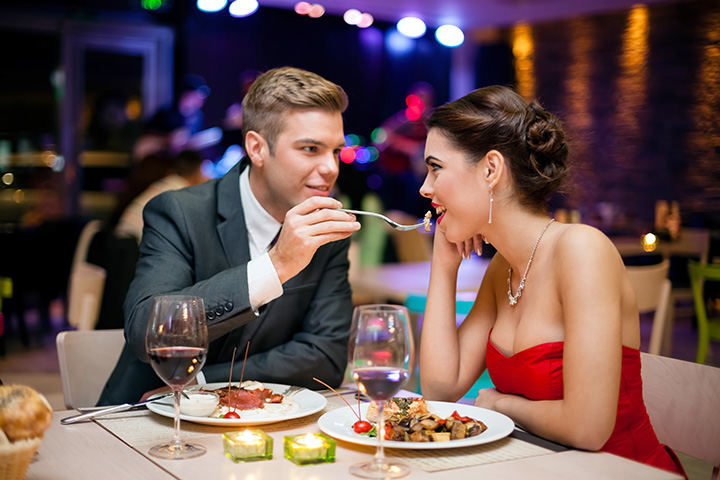 Few topics can spark conversation faster than someone’s opinion on the best restaurants in Missouri. Missouri has it all. Everything from Ethiopian, to French, to Indian, to Italian food. Suitable for every lifestyle, whether vegan, organic, or more carnivorous, as well as every budget, whether you’re feeding a family of four or just yourself! The Show-Me State has something for you. The following choices represent a wide variety of foods and dining experiences. And sure, there are other good restaurants in Missouri, but these 13 should be on everyone’s list.

One of Hackett’s mottos is “The Pride of Memphis in the Heart of Joplin,” because the founders based their homemade sauces on the ones they grew up with in the family barbeque joints in Memphis. But in their decade and a half in Joplin, they have refined their 13 flavors to be so unique that a new catch phrase is really more applicable: “The taste of Joplin!” And although hot wing restaurants are all over the place in Memphis, they are much rarer in the Ozarks—maybe because the unique flavors here can’t be equaled!

The original owners of Farmer’s Gastropub were a British gentleman married to an American lady, who had a vision of bringing the freshest, healthiest, least-processed foods from local farms to their restaurant tables. The new owners—a British gentleman married to an American lady once again!—feel the same way, and have kept the vision going through both an ownership and location change. As their website phrases it, “The fresher the food, the better it tastes!” In addition to fresh and made-from-scratch foods (“proper grub”), it is a pub, so they also offer a full bar and daily drink specials. They invite all comers to “Pop in the pub for a bite and a pint!” Fortunately, items are priced accessibly enough to make that possible!

Michael Garozzo grew up on The Hill, St. Louis’s historic Italian district, working in Italian restaurants alongside his family, but he always dreamed of not just working in a restaurant, but owning one, and serving his customers the best Italian food around. He fulfilled that dream in 1989, opening the first location of Garozzo’s in Kansas City. Garozzo’s is best known as the “home of Chicken Speidini,” Garozzo’s original signature dish. It also offers a wide variety of other Italian dishes, a full bar, and daily specials. It has been named “Best Italian Restaurant in Kansas City” five years in a row, and is considered one of the best Italian restaurants in the country.

Broussard’s is modeled on the original Broussard’s restaurant in the French Quarter of New Orleans, and more than equals it in quality and atmosphere. The location alone, in historic downtown Cape Girardeau, overlooking the Mississippi River, is more than worth the drive, but add to that both Cajun and American style menu choices and a full bar, and it’s an experience that can’t be repeated anywhere else.

Amighetti’s Bakery, in St. Louis’ historic Italian district, The Hill, offers more than just baked goods. For example, they serve sandwiches that are famous throughout eastern Missouri, served on fresh bread from the on-site bakery. The bread is baked using the same recipes that Louis Amighetti brought from Italy when the bakery opened in 1921. The Hill location includes the bakery, the restaurant, a gelateria, and an outdoor wine bar. They also offer catering and delivery, but in our opinion, dining on The Hill is part of the experience.

44 Stone is a restaurant and bar designed after the comfort and cordiality of an English pub, with a menu to match. An extensive list of beer and wine tops off the experience, served in a sleek and comfortable setting. It’s a little bit of the Mother Country in mid-Missouri.

Bogart’s was “born out of the love for BBQ.” There are barbecue joints all over the country, but this spot knows how to do it just right. For some of the sweet, savory and smoky flavors on some of the most perfectly-cooked meat in the state, visiting Bogart’s is essential. Try their insanely-good pulled pork and apricot-brulee ribs. You’ll never want to leave.

Grinder’s offers Chicago pan crust-style pizza and the thin crust of California. The Chicago pan crust features a caramelized-cheese crust that boosts the crust’s crispiness. The California thin crust pizzas are deconstructed grinder sandwiches baked onto a pizza crust, and give the restaurant its name. These unique pizzas are served by a helpful and unpretentious staff, making this a truly unforgettable dining experience.

Known for its “throwed rolls,” Lambert’s is more than just a restaurant: it’s a Missouri dining experience. Meals are served with folksy Ozark charm, inspired by the Lambert family and their desire to make people feel at home in their establishments. Steaks, ribs, burgers, fish, and famous chicken fried steak are all on the menu, and every meal is served with “pass arounds” (fried okra, fried potatoes, macaroni and tomatoes, black eyed peas, and sorghum and honey). Lambert’s is a Missouri institution, still going strong after 75 years.

Flame Steakhouse and Wine Bar is located in the heart of Downtown Springfield, the Hipster District, where the young and edgy go to see theatre, visit art galleries, browse through subversive bookstores, and drink wine. Its interior is repurposed industrial with dim lighting and loud music. The family has also recently opened a burger joint, The Black Sheep, which is gaining a reputation as one of the best burgers in the city. Whatever your tastes, the Jalili family can satisfy them!

The Block is a neighborhood establishment, hearkening back to the days when the local butcher shop was a hub of the community. The owners pay tribute to that era with a full-service meat counter, complemented by a locally inspired, seasonal menu and a full wine list. Ironically for a restaurant named after a butcher’s block, the menu sports vegetarian alternatives.

Meskerem Ethiopian Restaurant, founded in 2007, is known for its authentic cuisine. Meals are served in the traditional way, atop flatbread, without utensils, taken from a common dish. Ethiopian dishes are flavorful and spicy, but Meskerem prepares the food so that it doesn’t become overwhelming to the typical American palette. Expect dishes featuring chicken, beef, and fish, green beans, lentils, cabbage, and chick peas.

Stroud’s is billed as the pan-fried chicken restaurant in Kansas City, and it certainly lives up to its reputation. Starting off as a barbeque/beer joint in the 1930s, pork and beef rations during World War II caused the owners to look to another staple of the American diet: the humble chicken. Stroud’s chicken became so popular, restaurants opened in several area communities, and it now has a thriving catering business. A three-piece chicken dinner, with sides, a drink, and cinnamon roll for desert, runs around $15. For something different, try the chicken gizzards, chicken noodle soup, or fried catfish.