The 8 Best Places for Milkshakes in Missouri! 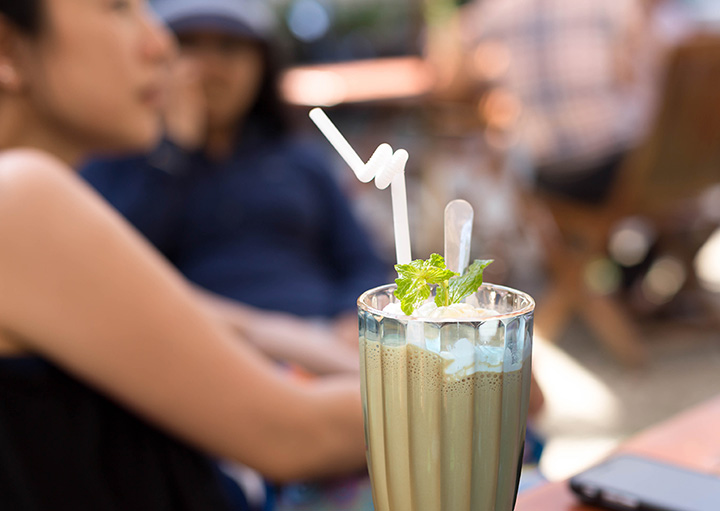 When it comes to milkshakes, not just anything will do. For delicious shakes sourced from local farms to malt varieties that will transport you to another time, Missouri’s shake spots are among the best. Here are our 8 favorite places to grab this sweet drink in the state!

Black Sheep Burgers and Shakes’ two locations in Springfield have without a doubt some of the state’s best burgers (filet mignon burger, anyone?). But their shakes are superlative. Made from locally-sourced frozen custard, they make their milkshakes in all sorts of whimsical flavors—like the Elvis—with or without an adult kick.

Who doesn’t love a good, old-fashioned soda fountain? Nobody. And the Fountain on Locust is one of the most gorgeous soda fountains you will ever visit. You may be wowed by the Art Deco décor, but a sip of one of their shakes will send you soaring. Try the Johnny Rabbitt Monkey Malt, or if you’re feeling like kicking it up a notch, one of their signature ice cream martinis.

For more than 20 years, folks in Branson have flocked to Mel’s Hard Luck Diner, a 1950s-themed eatery with singing servers who sling superb shakes. Choose from any of their awesome flavors, like Orange Dreamsicle or Birthdake. Their house specialty, though, is rootbeer.

A modern take on a classic burger-and-milkshake joint, Bailey’s Range is nothing to shake a stick at. They make all their own ice cream using only natural ingredients. Their ice creams and shakes can be ordered in fanciful flavors like cinnamon or vegan coconut or seasonal savories such as sweet potato pie.

Betty Rae’s Ice Cream is the mom-and-pop brainchild of a couple who met while attending college at Mizzou. They make all of their ice creams and all of their sauces—including marshmallow and peanut butter—in house. At any given time, you can mix and match from their rotating repertoire of 24 flavors and five sauces to make your own milkeshake masterpiece. They even have a menu of “boozey shakes” so you can take the edge off whil watching the kids make up their minds.

Fitz’s Root Beer bills itself as the nation’s first soda microbrewery. It opened in 1993, named for the legendary soda whose recipe they use to make their flagship root beer. So, although you certainly don’t have to, when you stop into Fritz’s for a milshake, you ought order the root beer shake.

A post shared by Whitney in the City (@whitneyinthecity)

Everybody knows that a drive-in restaurant is the place to go for a milkshake. Folks from Independence head to the HiBoy Drive-In for theirs. HiBoy has been serving up burgers and onion rings to go with their shakes since 1957, and with flavors like pineapple upside down cake, milkshake enthusiasts keep coming back for more.

Jilly’s Ice Cream Bar is located 20 steps from Jilly’s Cupcake Bar & Café. Sounds dangerous, doesn’t it? It is. But it’s also delicious. Especially when the two are combined in one of Jilly’s Crazy Shakes: You pick an ice flavor and pair it with a cupcake combo, they blend it and top it with a sprinkles, a waffle cone, and a mini cupcake. Sugar rush for days!