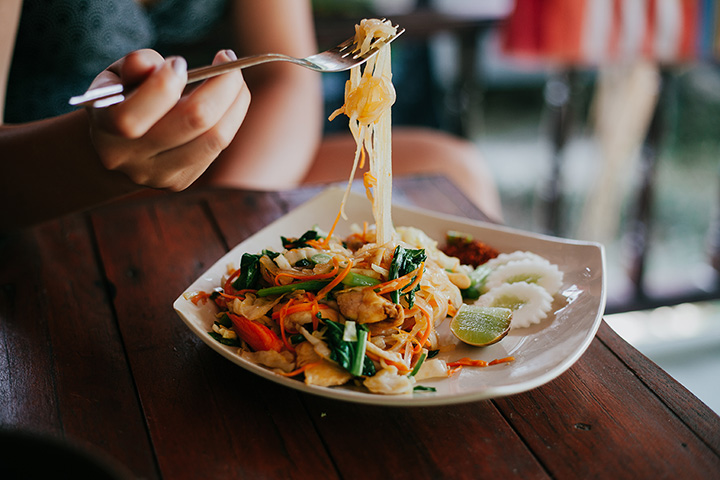 Why settle for one great cuisine when you can have the best of both worlds? That’s exactly what fusion cuisine is designed to do—it combines the complementary flavors and styles from compatible food traditions. Sushi and Szechuan? Sure! Mandarin and Mexican? More, please! Where do you find such magical flavor combinations? At our favorite fusion restaurants in Missouri!

In KC, you’ll find some of local folks’ favorite flavor combinations at Chef Tito. Chef Tito blends his flair for Latin and Caribbean cuisine with his European training. Think a Mayan Cuban sandwich, tamales, and even lasagna, depending on the day.

Lona’s Lil Eats offers another Asian take on fusion cuisine in the St. Louis region. Lona, the restaurant’s namesake, is from the Yunnan province of China, part of what was formerly known as the Lanna Kingdom, which included parts of China, Burma, Thailand, Vietnam, and Laos. The cuisine of the Kingdom, as showcased at Lona’s, includes influences from all of these regions, and ranges from stir fry, kebabs, and barbecue to soups, stews and salads.

The pairing of Latin and Asian flavors is one of the more popular fusion combinations today, and in St. Louis, Kalbi Taco offers up some of the best examples of the blended flavors. You’ll find bubble tea, barbecued Korean short rib tacos, sweet and spicy pork quesadillas, and many more delicious dishes on their menu.

The menu at Mitsu Neko, in Branson, found its inspiration in the foods of China, Japan, Thailand, Vietnam, and France. Mitsu Neko fuses the flavors of these culinary traditions into and serves them up at their popular Ozarks restaurant. They use fresh, quality ingredients and include plenty of vegetarian and gluten-free options among their dishes.

Like many of the best fusion spots, The Wheelhouse started as a food truck that became popular enough to launch a brick and mortar location. Their menu is built on a foundation of Thai and Mexican flavors and culinary traditions, but they’re not shy about exploring foods outside their, er, wheelhouse. Try the kimchi falafel or the peanut chicken tacos.

In St. Louis, you’ll find your Mexican-sushi fusion fix at BLK MKT. They serve up burrito-sized sushi rolls and bowls inspired by both Mexican and Japanese traditions. Their vegetables are sliced daily and never frozen, and they used the freshest, most-natural ingredients available in all their dishes.

Another awesome option for fusion food in the college town of Columbia is Med Mex Café, which, as the name suggests, offers up a combination of Mexican and Mediterranean flavors. So, if you’re looking for street tacos or souvlaki, burritos or baklava, you know where to go.